A Hidden Tribe, Superathletes, and the Greatest Race the World Has Never Seen 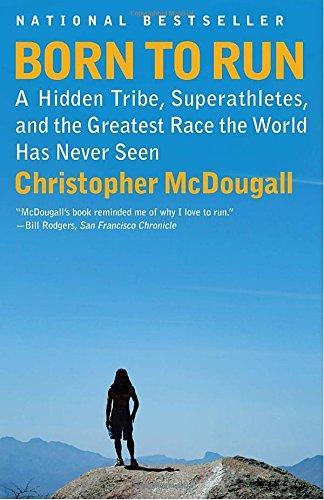 An epic adventure that began with one simple question: Why does my foot hurt?

Isolated by Mexico's deadly Copper Canyons, the blissful Tarahumara Indi- ans have honed the ability to run hundreds of miles without rest or injury.

In a riveting narrative, award-winning journalist and often-injured runner Christopher McDougall sets out to discover their secrets. In the process, he takes his readers from science labs at Harvard to the sun- baked valleys and freezing peaks across North America, where ever- growing numbers of ultra-runners are pushing their bodies to the limit, and, finally, to a climactic race in the Copper Canyons that pits America's best ultra-runners against the tribe. McDougall's incredible story will not only engage your mind but inspire your body when you realize that you, indeed all of us, were born to run. --back cover