The Dark Tower I 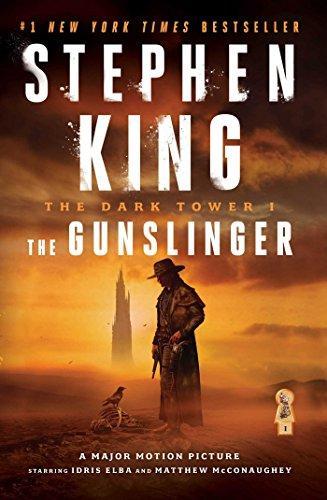 The opening chapter in the epic Dark Tower series. Roland, the last gunslinger, in a world where time has moved on, pursues his nemesis, The Man in Black, across a desert. Roland's ultimate goal is the Dark Tower, the nexus of all universes. This mysterious icon's power is failing, threatening everything in existence.

The five stories that constitute the novel were originally published in The Magazine of Fantasy and Science Fiction:

People say this is a good book and series but I can't agree to that. It's just chaotic and doesn't make any sense, the writing seems overly dramatic and "flowery", meaning he describes things so weird, with weird details and weird metaphors. I couldn't even read it to the end and stopped at like 80 or 90%. I have no interest in reading the other novels in the series, it's just not my type of writing I guess. I never liked any Stephen King books until this one and I read a bunch now. It's not getting any better, maybe I should just give up on trying to like his writing.

well... as much as i usually enjoy the way king can tell a story... i am totally disappointed by the gunslinger: the world just did not come alive. it's like several well-formed characters just occupied part of some formless void. so unlike king =( most probably i'll just skip the series to save time for something more interesting.