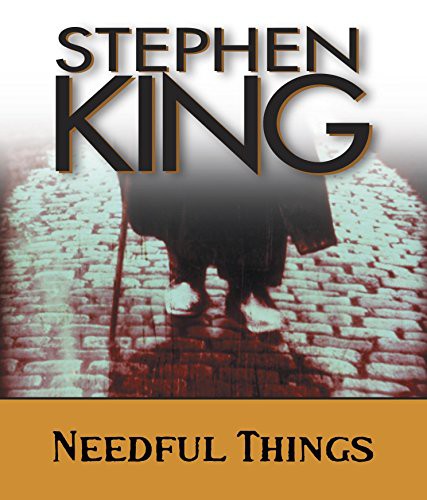 Needful Things is a 1991 horror novel by American author Stephen King. It is the first novel King wrote after his rehabilitation from drug and alcohol addiction. It was made into a film of the same name in 1993 which was directed by Fraser C. Heston. The story focuses on a shop that sells collectibles and antiques, managed by Leland Gaunt, a new arrival to the town of Castle Rock, Maine, the setting of many King stories. Gaunt often asks customers to perform a prank or mysterious deed in exchange for the item they are drawn to. As time goes by, the many deeds and pranks lead to increasing aggression among the townspeople, as well as chaos and death. A protagonist of the book is Alan Pangborn, previously seen in Stephen King's novel The Dark Half.