(The Machineries of Empire #2) 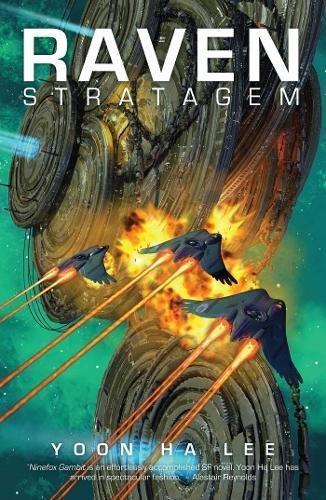 When the hexarchate's gifted young captain Kel Cheris summoned the ghost of the long-dead General Shuos Jedao to help her put down a rebellion, she didn't reckon on his breaking free of centuries of imprisonment - and possessing her. Even worse, the enemy Hafn are invading, and Jedao takes over General Kel Khiruev's fleet, which was tasked with stopping them. Only one of Khiruev's subordinates, Lieutenant Colonel Kel Brezan, seems to be able to resist the influence of the brilliant but psychotic Jedao. Jedao claims to be interested in defending the hexarchate, but can Khiruev or Brezan trust him? For that matter, will the hexarchate's masters wipe out the entire fleet to destroy the rogue general?

Now that it's over, I love how the author duped even the reader. I was so confused for part of the book, thinking I was reading the story of one character, then it turns out that it's from the point of view of another, and then another switch!

3.5 stars rounded up to 4. I liked the extra point of view characters, and especially enjoyed the fleshed out universe. But I felt like things were a little drawn out in the middle third of the book. Still a good read and I'm looking forward to book 3 when it's released.