In the Heart of the Sea

The Tragedy of the Whaleship Essex 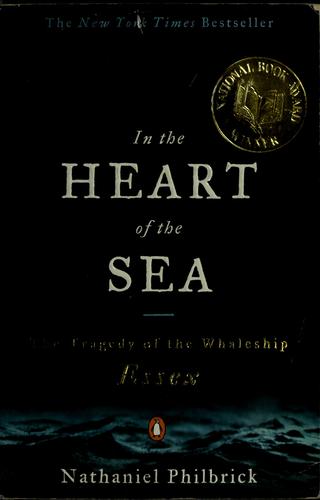 In 1819, the 238-ton Essex set sail from Nantucket on a routine voyage to hunt whales. Fifteen months later the Essex was rammed and sunk by an enraged sperm whale. Fearing cannibals on the islands to the west, the 20-man crew set out in three small boats for South America, almost 3,000 miles away. Three months later, only eight were left alive. This book shares a fantastic saga of survival and adventure, steeped in the lore of the whaling tradition, with deep resonance in literature and American history, and in the life of the Nantucket community. - Back cover.

Great, great book. I read it a long time ago, but it's a book I definitely recommend to others. Grabs you and pulls you in. It was recommended to me by an English major. A historical thriller.

A very good read. I'll be interested to see how it translates into a movie. I suspect large parts of it will be dropped or changed.

Oddly, there is a part of me that thinks I may have read this before. The execution of Owen Coffin is particularly memorable.